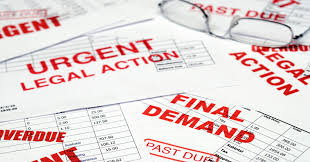 Well, there are some similarities between the Italian and English legal systems here.
Step 1 – Letter before claim (England & Wales), lettera di reclamo (Italy)
The first step in England & Wlales, as we have mentioned in previous articles, is to send the debtor a letter before claim, asking them to reply usually within 2-3 weeks. In Italy the first step is identical.
If there is no reply from the debtor, in England & Wales the second step would be to draft the particulars of claim against the debtor, to issue proceedings (i.e., to send the particulars of claim to the court) and have proceedings served on the debtor by the court. The debtor then has a set time in which to respond and if he doesn’t, the claimant can request judgment in default of any response or defence.
In Italy however, this is where the first difference appears. The Italian lawyers (or the claimants themselves) will send the debtor a second letter before action containing a warning and a formal notice, which represents the debtor’s last opportunity to resolve the matter without involving the courts. With this formal notice, default interest also kicks in on the debt, whereas in England & Wales default interest is applied from the date upon which the debt became due, however default interest is not mentioned in the letter before action, this being reserved for the particulars of claim.
In the Italian system if the debtor agrees after the first or second letter, to pay the debt due, then the parties agree to enter into a written agreement to determine the payment terms. This, obviously, is not too different to an equivalent situation in England & Wales.
If after the second letter before action there is still no response and the debtor still doesn’t pay, then the judicial phase begins. At this point the claimant needs to be certain of the debtor’s ability to pay the debts it owes, therefore some investigation is required as to the financial status of the debtor.
Where the debt is undisputed the claimant can follow a fast track procedure to obtain payment, with minimum involvement from the courts. The claimant needs to prove that the debt is undisputed and can request an injunction from the court, which works to prevent the debtor from disposing from his assets. This request of an injunction is perhaps similar to the drafting of the particulars of claim in England. The Italian Civil Code sets out the details required to be drafted in the text of the injunction, similar to the English Civil Procedure Rules. After this, the debtor has 40 days in which to respond or pay. Upon being served with the claim in England & Wales, the defendant has 28 days in which to respond or defend.
In certain cases, set out in the Civil Code, rather than having 40 days in which to pay or respond to the injunction, the debtor must pay immediately. These are e.g., the payment of rent, condominium expenses, child maintenance payments, requests from the Italian social security agency for social security contributions, and utilities’ bills payments.
Where the deadline for payment (either within 40 days or immediately) has not been respected by the debtor, the claimant can commence executive, or enforcement proceedings, by way of executive order so the debtor has his assets removed from him by force. The claimant applies for an act of precept which allows a bailiff, within 10 days of notification of the order to the debtor, to repossess the assets. Immovable and moveable property can be repossessed as well as assets from a third party. In England & Wales, if 28 days have passed and the defendant has not responded or defended the claim the claimant can enter judgment in default. Once the judgment has been issued by the court the claimant can then proceed to enforce it, similarly to the Italian procedure (third party debt order, attachment of earnings order, charging order, enforcement by sale).
The limitation period for claims against business debtors’ is 10 years in Italy, and in England, 6.
In this very brief note I have attempted to display similarities between the debt collection procedure between Italy and England & Wales. If you have grounds for a claim against a debtor, don’t hesitate to contact us. Don’t be put off by the perceived complexity of process. We can assist you, in the English language, in pursuing your debtor in Italy.