HOW TO INHERIT IN ITALY 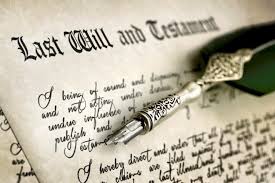 WHAT HAPPENS AFTER THE DEATH OF THE WILL-MAKER?

Firstly, you must ascertain what kind of will the testator made.
You must collect all the documents affecting the testator’s properties and contact an italian professional (Lawyer, Notaio, Accountant or Geometra) to make the “Dichiarazione di successione”.

PUBLISHING OF A HOLOGRAPH WILL ACCORDING ITALIAN LAW (ITALIAN PROBATE)

Upon the death of the testator, the will (if Holograph or secret) must be published, either by bringing to the attention of who has an interest in the estate the wishes expressed in the will.
The law states that anyone who is in possession of a holographic, as soon as the news of the death of the testator, must to bring the will to a Notary for publishing procedure..
The concealment of a holographic will constitute a crime.

With the release, the will cease to be an internal Act of the author.
The publication of the will by the Notary make the will effective.

The publication takes place through the intervention of a notary, in the presence of two witnesses, in different ways depending on the kind of Testament.

The holographic will is published by delivering to a notary, as soon as the news of the death of the testator. The notary, in the presence of two witnesses, draws up a report that describes the document and transcribe the contents.

The original Testament is attached to the minutes.

The public deed recording and publishing the minutes of the holographic will, upon the death of the testator, is sent by the Notary to the registry of the Court of the place of opening of the succession (the place of death).

The secret will be opened and published by the notary, as soon as news of the death of the testator.

In any case, the notary must give notice of the existence of the will and testament to the recipients listed in the document, of which knows the address.

WILLS DRAWN UP IN FOREIGN LANGUAGES

The will drawn up in foreign languages dutifully publishable.
If the notary knows the foreign language, you can play the content in its original language and attach to the report a translation performed by a notary itself in accordance with artt. 55 of Law of Notary and paragraph 68 2 .; where the language is not known by the notary, he must attach a sworn translation done by an official translator . In case it is also extremely difficult to reproduce the contents of the will expressed with graphic characters of arduous transcript (Arabic, Cyrillic, Chinese, etc.), it can reset (instead of the original text) the text of the translation made by the expert and annexed to the report.

It is possible in any case provide for the publication of the holographic will, even though it is a invalid according to Italian legislation but should be considered valid according to other legislation (for example the will drawn up with intervention and two witnesses written in England and made in English, maybe from a national Italian resident therein)