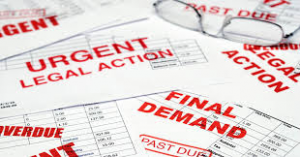 The Italian legal system, based upon the Civil Law, is characterised by a very high number of laws and a significant variety of grounds for appeal.

It is important to stress that legal proceedings, both civil and criminal, generally last many years.

The necessary legal proceedings are time consuming and will therefore have a direct effect on the process of the debt collection.

Debt collection in Italy requires a title which enables the creditor to commence execution of proceedings. Such titles may be, inter alia, a sentence, a cheque or a bill (of Exchange).

In order to allow the creditor to collect his credit within a relatively short period of time, the Italian Legislator has fixed a short proceeding – which usually lasts a few months – and is followed by a payment injunction issued by the Court which orders the debt to be paid, in addition to interest as well as part of the legal expenses.

In order to obtain the Court’s injunction (Decreto Ingiuntivo), the creditor should provide the Judge with written evidence regarding the debt’s existence: the creditor should, in other words, prove that the goods or the service have been regularly supplied/rendered to the debtor.

When the creditor is a professional, an entrepreneur or a company, the evidence required may also be provided in the form of a copy of the invoices, especially when the debt is related to services rendered.

Starting from the day in which the payment injunction has been formally served to him, the debtor may oppose it within a period of 40 days.

Where no such opposition has been made, the creditor may commence proceedings for the execution of the injunction.

Alternatively should, for any reason, the debtor decide to appeal, a “regular trial” takes place. The main issues discussed in such a trial are the legitimacy of the order (mainly formal aspects), the existence of the debt and whether it is collectable.

It is worthwhile to point out that in order to discourage debtors from filing groundless appeals, having as a unique scope the postponement of payment, the Italian law provides a remedy which seems to be quite efficient: in case the appeal is not based on relevant circumstances proved in writing which have occurred prior to the payment injunction (for example, a written complaint regarding the quality of goods/services), the Court may authorise the creditor to collect his credit without having to attend the end of the trial.

Other titles which enable a creditor to initiate execution are cheques and bills (assegno/cambiale).

In case of their dishonour, the creditor may summon the debtor to pay within 10 days while advising him/her that unless they are paid, execution proceedings shall commence.

The aforesaid proceeding is quite simple, rapid and does not require the Court’s intervention thus leaving the debtor a narrow range of possibilities on which to appeal.